Rollei, Mamiya, Hasselblad, Kowa, Minolta, Yashica and many, many others.
Post Reply
12 posts How did I end up with two Kodak Chevrons? As Mr. Monk would say, "Here's what happened ..."

About a year ago, I thought it might be interesting to try a Kodak Chevron. This camera replaced the Medalist, which I sort of liked but didn't really like. I found the Medalist to be too chunky and surprisingly difficult to hold because of its shape, smooth surfaces and shutter release

After trolling eBay for a few weeks, I found a camera that I felt was in decent condition. I usually buy cameras that are heavily soiled and described as "sitting in a closet for the past 25 years." I've had my best luck with these models.

A week after paying a pretty penny, I was trolling the Internet for more information about the Chevron, and I saw that another Chevron was for sale - this time on a gun enthusiast site. The cost? $50, and it included the camera, field case (as Kodak called them), instruction booklet and lens cap.

Man, that was a fraction what I paid for the first Chevron.

These are chunky cameras. I think the design is a cross between a Kodak Bantam RF and the Signet 35. I like the brushed steel and how it contrasts with the black leather covering.

Loading the camera is a bit different, and I have to dig out the manual before I put some film into it.

This Ektar is a four-element Tessar type and not the five-element Ektar that is found on the Medalist. The leaf shutter is spec'd to reach 1/800 of a second, although it's unlikely that it really reaches that speed. A paper-thin metal leaf can only travel so quickly.

The collar at the base of the lens focuses the camera, and the Chevron uses the same horizontal split-image rangefinder.

). This shoots 6x6, and the viewfinder is centered above the lens, eliminating horizontal parallax. Supposedly, the viewfinder corrects for vertical parallax, but I couldn't see any image shift.

That's about it. I'm going to give it a run this weekend. The Kodak Ektar and the shutter, which has a full range of speeds up to 1/800. When cleaned and relubricated, a light touch is all that is needed to focus the camera. The arm to the right is the shutter release. The Chevron badge on the top of the camera is purely decorative. It doesn't lift to reveal anything.
-Mike Elek
Top

Good luck with it!

Those photos are gorgeous!

I hope when the time comes for me to post photos of any of mine, that they will look even half as good.
Top

Yes, Philip, the Chevron has that adaptor and that knob is to switch to the 828 finder...

As this thread exists and honouring Mike I will introduce my Kodak Chevron, long time sough and finally I found a middle-man-shipping company from USA to Russia, it took about 2-3 weeks only. 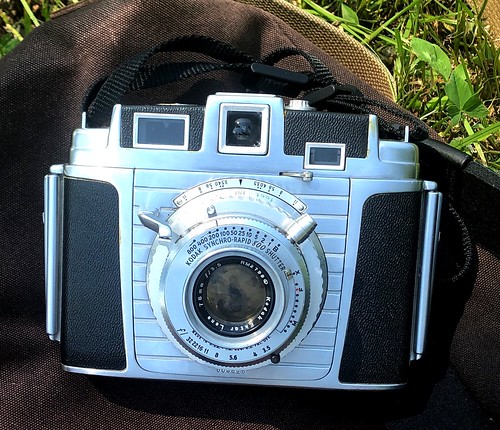 It came with the leather carry case in good shape (the case has in the inner top 4 slots for series V filters) but not cap, recently the series V hood plus retaining ring came and I already had a yellow series V filter so all is set!

Some photos that I took with it, so far two rolls. 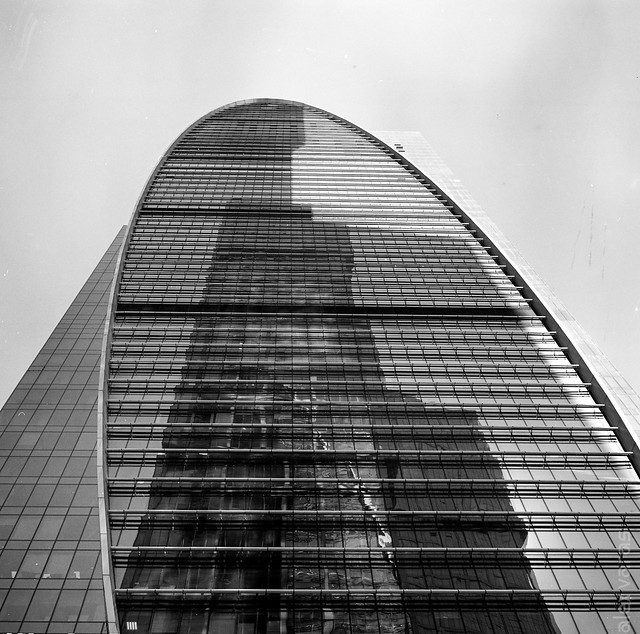 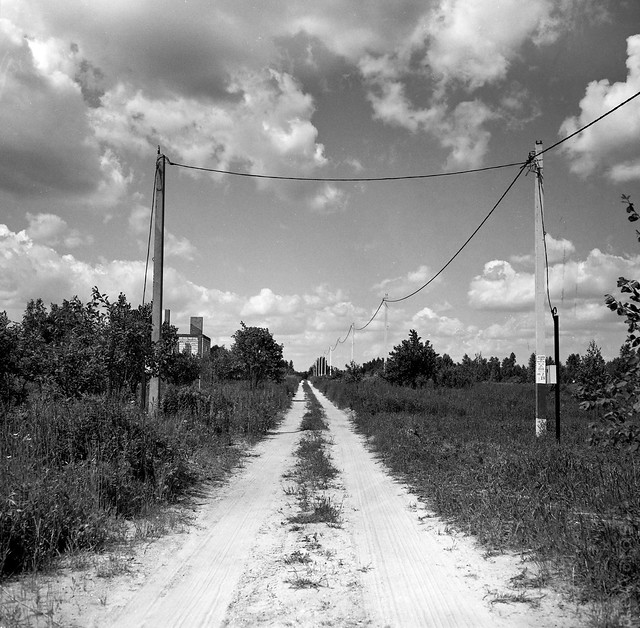 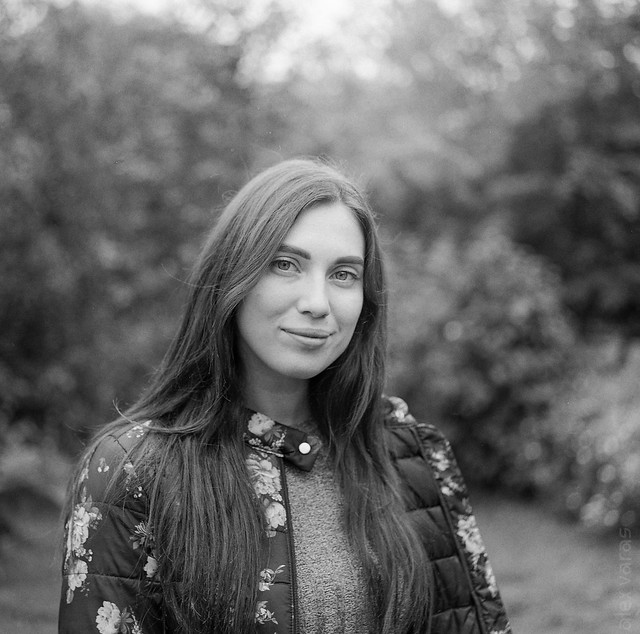 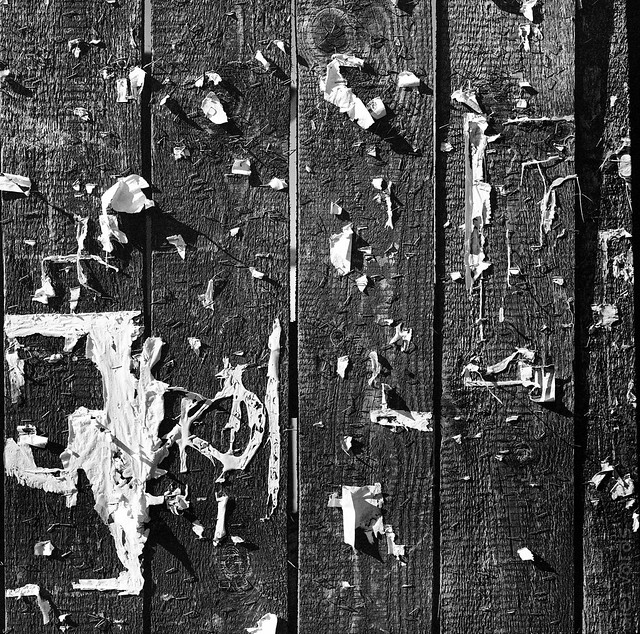 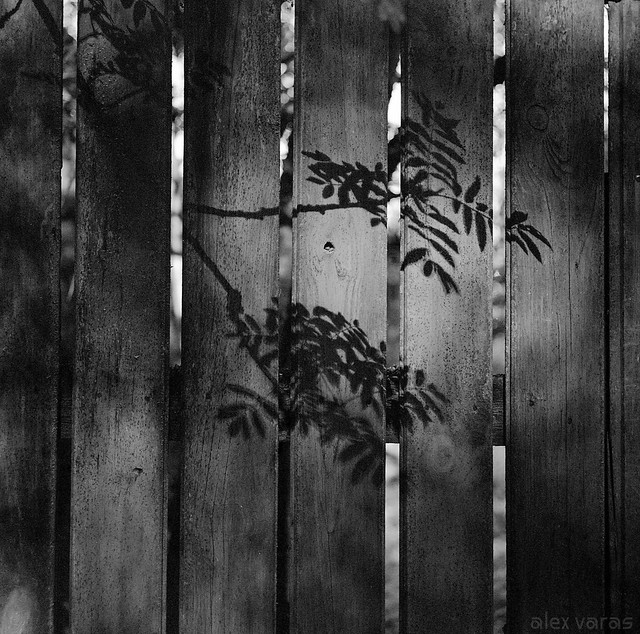 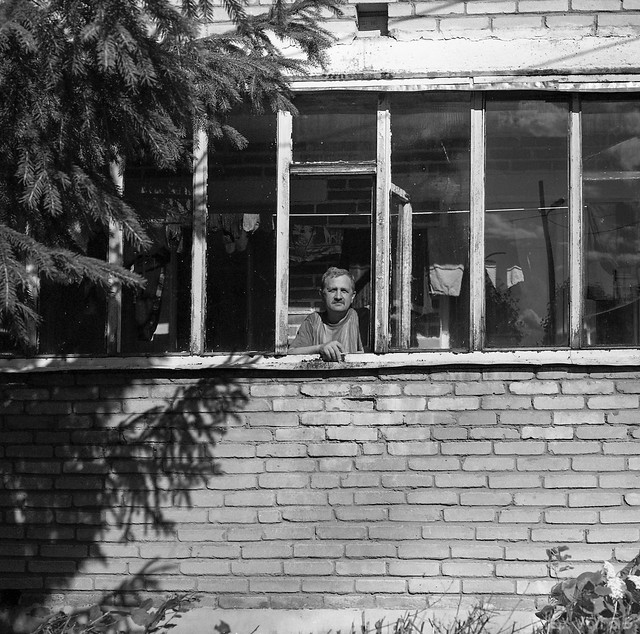 As Mike's review, camera is BIG, taller and wider than Medalist but slimmer, not heavy (I'm used to heavy MF cameras) and the viewfinder is amazingly clear and bright (I cleaned?). Focusing is the same super good way as Medalist, two prism and it's located under the viewfinder, with Medalist you have to move the position your eye in the rangefinder patch in order to focus, with Chevron the eye doesn't move from the same position as you have the viewfinder, this is an improvement from Medalist.
Shooting... much comfortable having the shutter release next to the lens instead on the top, it would be too high, and it's so smooth (I cleaned again?) and clicking next to the lens I didn't moved the frame I was shooting.
It has the same mechanism for loading the film than Medalist and it's still 620 but it would be much easier to covert to 120 as I see.
Same as Medalist, the size of the negative is the biggest I ever saw for the format, one day I will measure all negatives frames from different cameras and I will ask for contributions

The camera came AS-IS, saying shutter was sticky, this was the first time I was handling Synchro-Rapid 800 shutter but I did a minimum of work to get it working fine, also I removed the top cover and cleaned all glasses and prisms.
Lens, multi-coated Tessar type, not the sharpest I have seen but results are very appealing, the yellow filter helped (no the portrait photo) and the lens holds pretty well flare.

This is the second American camera I get this summer and if I would really shoot 35mm I would take Kodak 35RF.

Thank you for looking,
Alex
Top

Thank you Mike and Alex, for this very informative thread. I have never used a Chevron, but I did own a Medalist once, way back when God was a boy. There was a Chevron in the display case in the reception area of the Kodak branch where I worked, but I never bothered to get it out and have a good look. I should have done so, it seems I missed out on something. Alex, great photos, all of them.
GrahamS
Age brings wisdom....or age shows up alone. You never know.
Top

I got a bag of 620 spools a time back and re roll 120 on them but for the lazy we have this.
https://filmphotographystore.com/collections/620-film
If we all saw the world the same no one would need a camera.
Top

This one I didn’t get it