Often simply written as "W/NW" - your favorite photos. Explain them, or let your photos (film or digital) speak for themselves.
Post Reply
11 posts 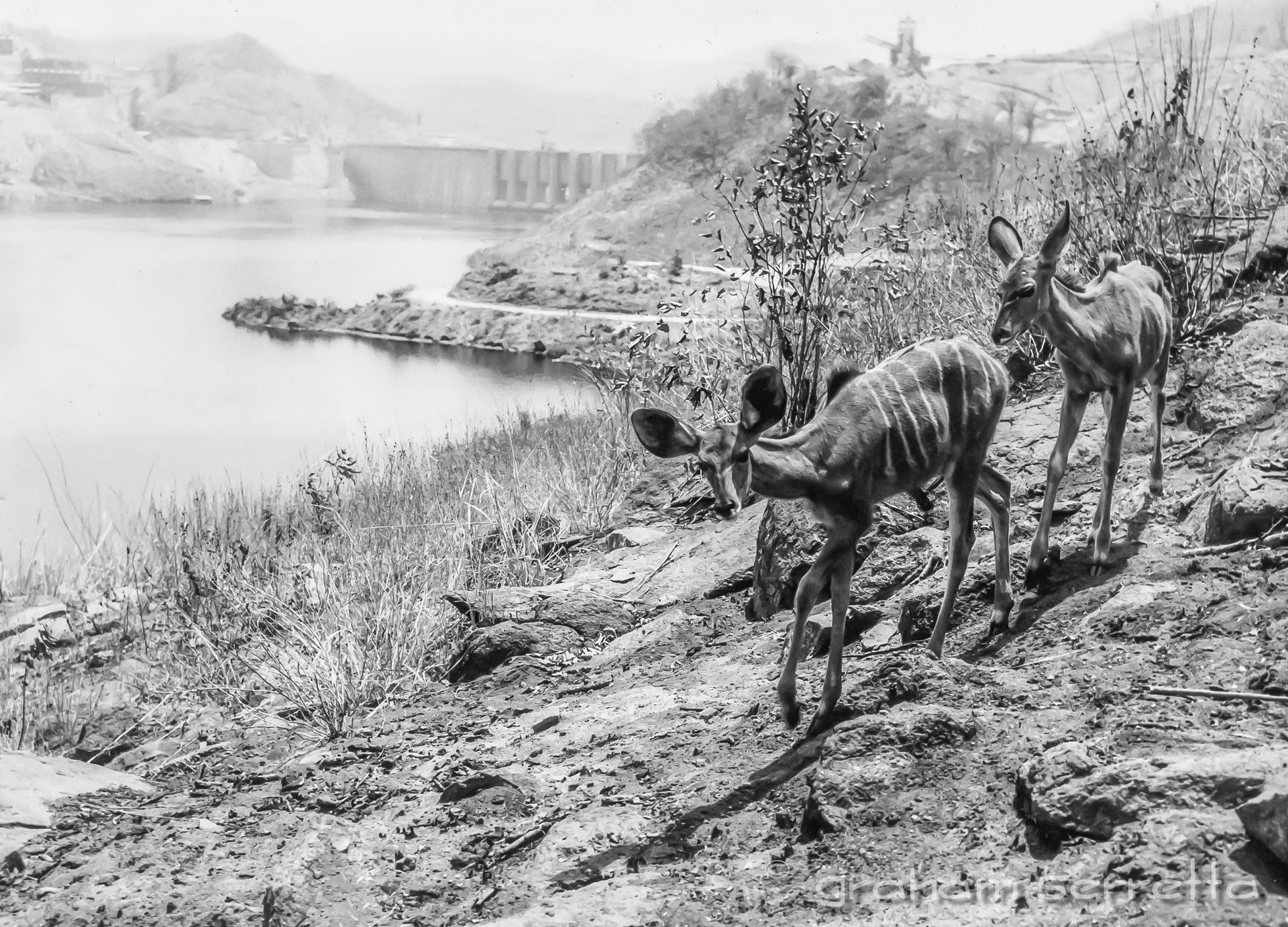 In 1959, as a fifteen year old expert on everything, I was fortunate enough to accompany my father on a trip to the construction site of the Kariba Dam wall in what was then Southern Rhodesia, now Zimbabwe. My father had been commissioned by the Federal Power Board of Rhodesia and Nyasaland to produce a documentary film on the construction of the dam. He made many trips by road to Kariba from Johannesburg, and sometimes flew to Kariba in his Aercoupe aircraft until the landing strip there was submerged by the rising waters of the dam. I had the good fortune to be given the opportunity to accompany the game rangers of Operation Noah, which was the project mounted by the late Rupert Fothergill (later Sir Rupert) to rescue as much of the wildlife as possible that became trapped on newly formed islands as the dam waters rose around them. Rupert was a giant among conservationists. I was still in high school, and this trip coincided with school holidays. I had an Exacta Varex IIa with 50mm f2.8 CZJ Tessar and a Rolleiflex f2.8 Planar. The heat was unbearable, generally around +40C daytime and +25C at night. Because of the rising waters the humidity was around 80%. My father demonstrated by frying an egg on the fender of our Ford F350 truck. You can see some of my images here:https://flic.kr/s/aHsmVcyETK
GrahamS
Age brings wisdom....or age shows up alone. You never know.
Top

Wow, just wow!! Saw the all the photos and enjoyed a lot!
Thank you for sharing!
Top

The whole series is great, Rhino rescue and the lightning picture are amazing!!!
If you can't fix it with a hammer... you got an electrical problem
even duct tape can't fix stupid.... but it can muffle it (SilentObserver)
My Flickr -ipernity
Thanks CE Nelson

One of the greatest series in the forum!

All pictures are outstanding, but I wonder about the last one, storm at night with the dam (?) in the foreground. Do you remember any details about that shot?
Top

Graham, this may be the best post I’ve seen on any forum on the internet, all the way back to Usenet days. Thank you very much for sharing. I’m going to show this to my kids.
Top

All pictures are outstanding, but I wonder about the last one, storm at night with the dam (?) in the foreground. Do you remember any details about that shot?

Julio, All I can remember is that I used a Rolleiflex with Tri-X (rated at 400 ASA and developed in D76.). It was raining and windy. My father held a small tarp over the camera for me which was mounted on an old Sachtler tripod with a P&T head. I do remember timing the exposure over sixty seconds by counting "one pineapple, two pineapples....." I don't recall what aperture I used. We both got soaked, but the ambient was around 25C. Similar electrical thunderstorms were a common occurrence in the Kariba gorge. I recall one year when my Father's aircraft got stranded by flooding caused by the Zambesi river level rising due to high rainfall upstream. Today, the dam is only 20% full and was less than 10% in 2019. Climate change.....

The photographs I made were offered to the Federal Power Board of Rhodesia & Nyasaland. They "donated" the sum of SA£100.00 to my kitty for the purchase of a Nikon F camera, the cost of which was SA£199.00.
GrahamS
Age brings wisdom....or age shows up alone. You never know.
Top

WOW! El Niño cycles also affect Africa, that is incredible.
http://www.zambezira.org/hydrology/lake-levels
If you can't fix it with a hammer... you got an electrical problem
even duct tape can't fix stupid.... but it can muffle it (SilentObserver)
My Flickr -ipernity
Thanks CE Nelson

Users browsing this forum: No registered users and 5 guests