Accessories, tripods, the future of digital and other topics that don't fit within one of the other categories.
Post Reply
6 posts • Page 1 of 1

Hello, people!
I am very interested in buying the Helios 44-2 lens, also known as the Swirly Bokeh Monster.

I'd love to see your images and reviews about it, and I hope many people are using it.

Have a nice day!
Deniel - the author on the helios-lens.com website
Top

I’m afraid I have not that lens.

Depends on your definition of "old lenses" yes, we have several users here

I owned an Helios 44 (58/2) for a while, it came standard in the Zenit cameras in the late 80s, and never really liked the quality of the pictures that came form it, lots of flare, not very sharp and very unpredictable.
I always preferred the Takumar 50/1.4; so I ended up selling the Helios.

BUT it seems there are many versions of the lens and depends on the factory, date, amount of vodka, etc quality is very variable
List of variations : http://forum.mflenses.com/complete-list ... 26100.html
Last edited by titrisol on Wed Jun 24, 2020 9:44 am, edited 4 times in total.
If you can't fix it with a hammer... you got an electrical problem
even duct tape can't fix stupid.... but it can muffle it (SilentObserver)
My Flickr -ipernity
Thanks CE Nelson

I suppose that a Voigtlander Skopar from the mid-1930's might qualify as old. But the camera is being serviced, so I don't yet have an opinion.
"He could be right, he could be wrong. I think he's wrong but he says it in such a sincere way. You have to think he thinks he's right."
~ Bob Dylan
Top

The oldest lens I've used was some brass one, probably meniscus, that dated to the mid 1800s IIRC. I'll have to dig a photo out.

Re: the Helios. I have the Helios-44M 58/2. I used it briefly, then got the Takumar 50/1.4 also. That lens I LOVE. The Helios was always just meh. I never noticed any swirls with it, but I didn't use it much, never realized that was part of its character, and I generally consider swirling bokeh a flaw - I've owned tons of Petzvals for LF from 4x5 to 10x12 and generally sold off any Petzvals that obviously swirled. Never liked the effect. YMMV.

Anyway, because of this thread, I mounted the Helios on my 70D the other day. Figured I'd shoot a little with it, even though it's a crop sensor, and see what happens. Took a few shots of Winston last night. One decent one (the lens is hard to focus for me these days): 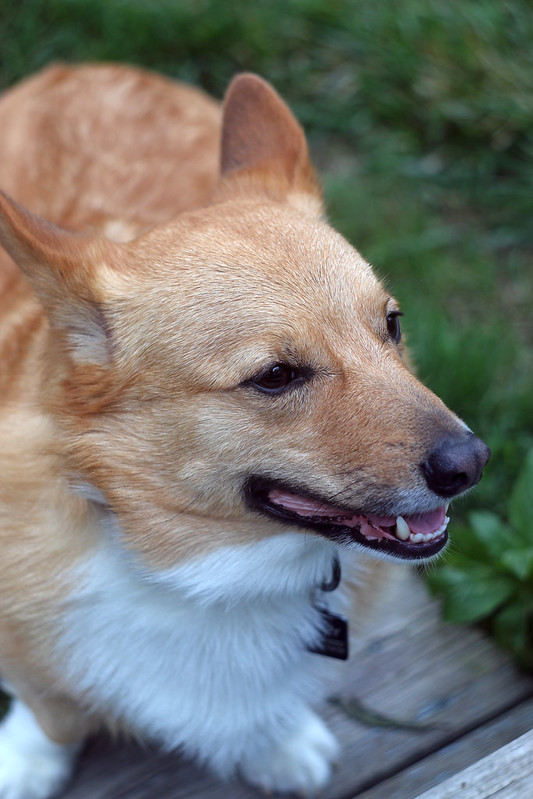 I guess there's a some swirling even with the smaller sensor. It's a nice day today; I'm thinking Maddie and I may go for a stroll in Birdsboro and just see how it performs. I'm happy, and somewhat impressed, with this one picture from this lens.
Top

I have a copy of the 44M-4 around somewhere. As I recall, it wasn't remarkable, but I think I shot it stopped down somewhat when I tested it. Looking at the few snapshots I took at the time, there is no interesting OOF behavior at all. If I can find it, I may take a few wide open shots and see what it does.