Recently I got an order from UK with two new Voigtlander cameras, this is the BIG Inos II, film 116/616 and negative 6.5x11.

You saw the rear lens already, here it's the camera, they say "mint" but I say this camera it's from 1934 and it's new. 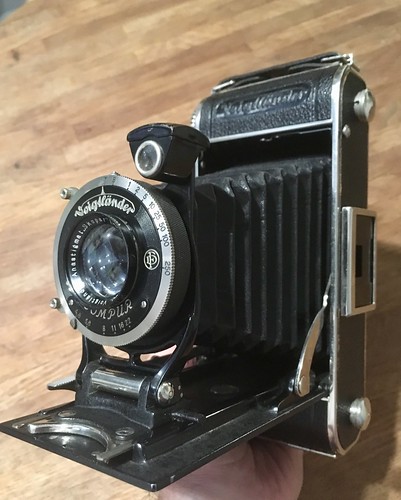 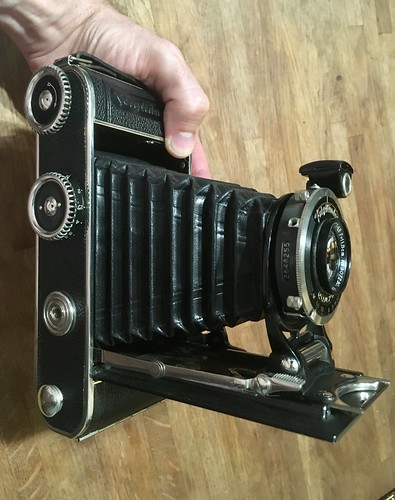 Here it's the Voigtlander's way to open the bellows without creating vacuum and keeping the negative flat, this system is installed in Inos II and Prominent 6x9 as far as I know. 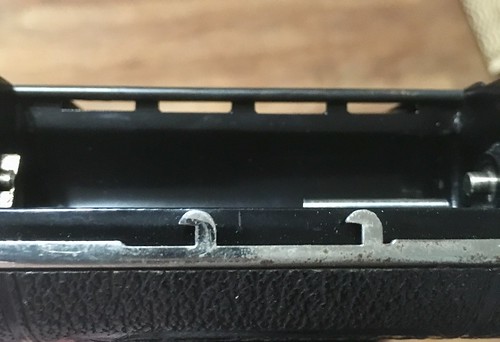 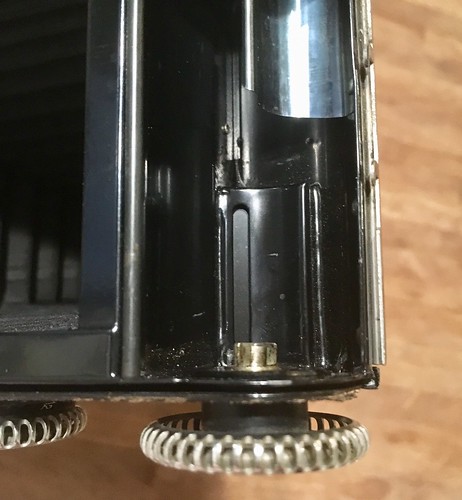 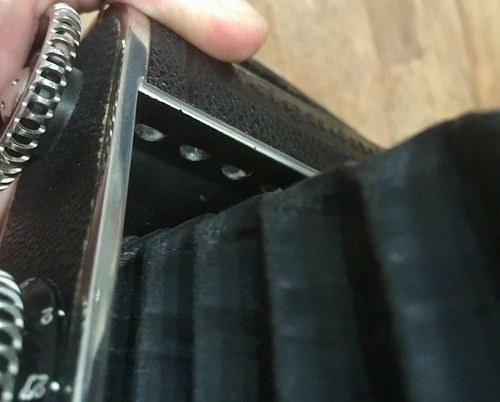 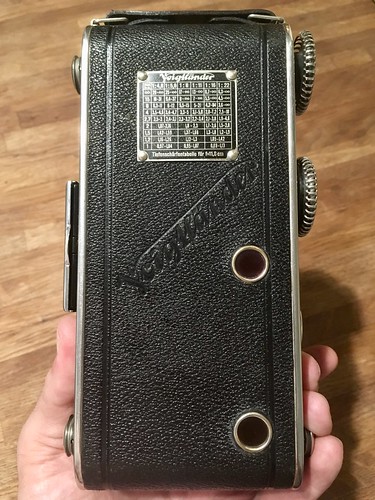 Attention to that orange and not red window... 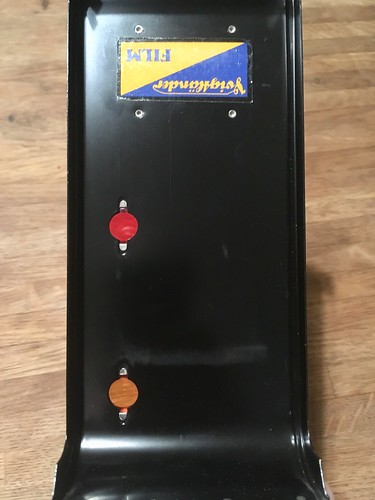 Now both Inos II compared... The smaller is 6x9! 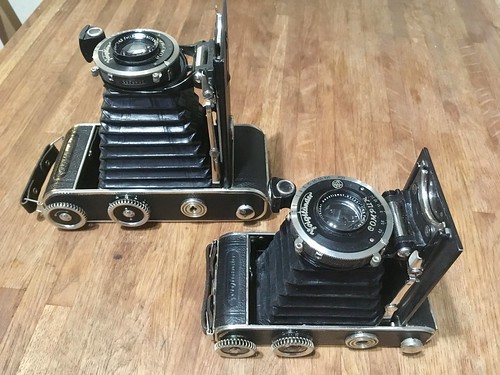 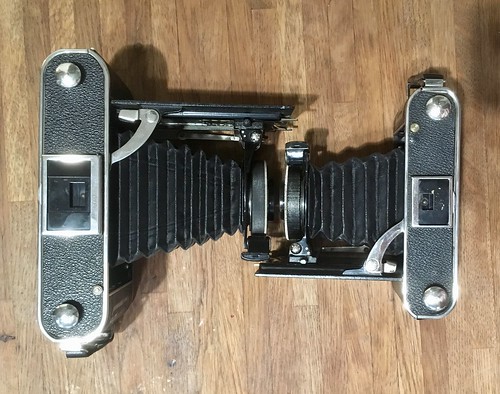 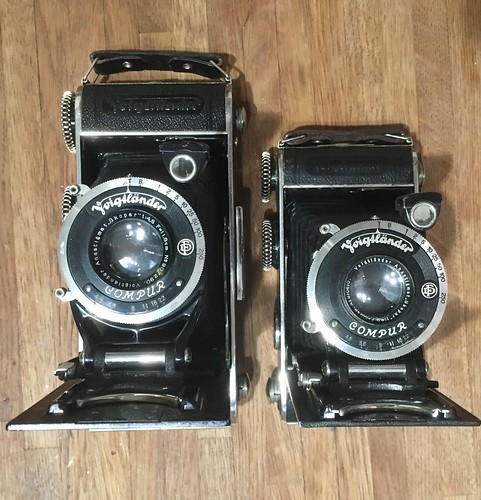 And now 3 photos from the 616 Verichrome Pan I had, negative went no so good but it has 50 years old and I miss estimate and I shoot at ASA 50, it should have been at least 25. It was a real pain to put this into the reels, negative is very thin and it took me 30 minutes of fighting, it was said use one and half Paterson reel but my formula worked with a sandwich of thin paterson behind the thick of AP against the thin of a Paterson, this set up was much more stable than using Paterson only. 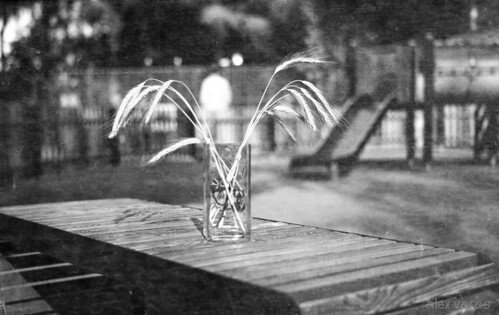 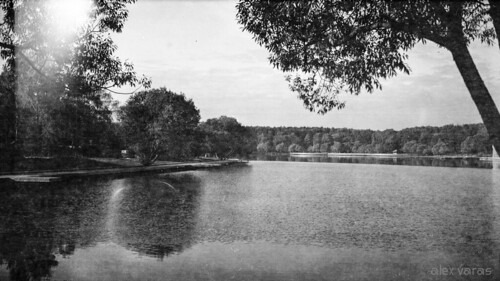 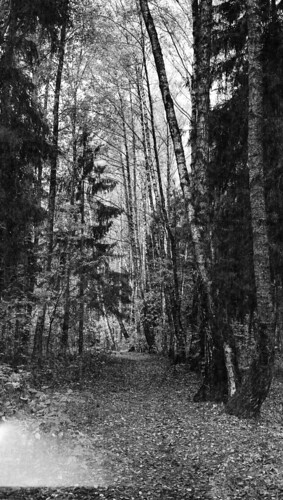 Maybe at this size no much can be seen... but the last picture at 100% size is something worthy to see...
Leak light... it's coming from the orange window, I checked with the negative and it's consistent, first photo (this first one) has not leak light and the negative from the last photo it has so after checking the camera in a dark room this is the only way and the pattern fits with the light and the film doing curve to the roller.
A solution would be find a red window donor, open this one a replace it, another would be to fit over this one one red, it would be pretty dark but I prefer it this way and skin the camera to replace it, or if its thin enough do it from the inside.

I think the two small scratches can't be seen on this negative... I'm waiting the 120 adapters to 616 film and I will shoot one 6x11 panoramic roll

Pretty happy with another pre-war Voigtlander, missing Virtus and Prominent 6x9, I can dream, can't I?

Thank you for looking,
Alex
Top

Reasonable results from such an old film. Beautiful old folders!

I find it strange that the orange window causes the light leak. I have seen cameras with every color in the window, and no leaks. You could check if the pressure plate is working well in that area, and maybe look for a seal defect in that position.
Top

I agree having an orange doesn't mean a light leak but I have been looking for this and I found a thread saying the light rebounding the back paper can provoke this leak, normally red windows have have the back paper flat to it, not in this orange which paper is falling through the rollers, allowing the light to rebound in the film inner chamber and if you see the inside those two metal tabs are really shiny, it can be that.
I will paint black these tabs and make another test roll, first shot will be normal the others will have a black tape from outside and see how it goes. A third option is to add black felt to the inside as many cameras have.
Btw, Inos II and such kind of cameras from Voigtlander have no pressure, the film gate does the job and it does it very well if you ask me

Could well be, Alex. I wonder if it is the color that makes any difference. Maybe some round seal is missing around the window, in the inside.
Top
Post Reply
4 posts • Page 1 of 1