by LarryD
I got some old Soviet film from the 70's that I think was stored in Chernobyl. It was nothing but fog. I even tried the HC-110 dilution A thing and it was still fog.

by alexvaras
I found at Ruslan's cameras two exposed 120 old film, I wonder if I will try again one day.

by LarryD
Yes you will.

by alexvaras
Well, I managed to re-roll a 127mm film from Delta 400, it took me 15 minutes (cutting and re-rolling).
I cut the film with the cigar guillotine, I started the cutting outside for having the starting point done and then all the rest inside the changing bag.
The most difficult part was handling the 127mm back paper, super dry and curly, as well I was used to 120 and 620mm spools, the 127mm spools don't really grip the film and it has to be really hand rolled without pulling with the spool wheel.

Now I'm fighting the shutter, as Ruslan said this Kolibri camera was his father-in-law favourite and I can say the shutter is really worn out. Slow gear mechanism is broken and I need to find an spare one which matches.

by LarryD
Stay at it. You have a great year.

by alexvaras
Thank you, Larry.

Finally I got the roll shot and developed. I was a bit short of the 127mm width cutting and I struggle to put the roll into the Paterson developing wheel. Also I got a couple or light leaks that I have to find out where they come from.
Here are best ones of a total of 16, 6 are not shown since they are from friends they don't want to be posted.
It has been my second camera during these two weeks. 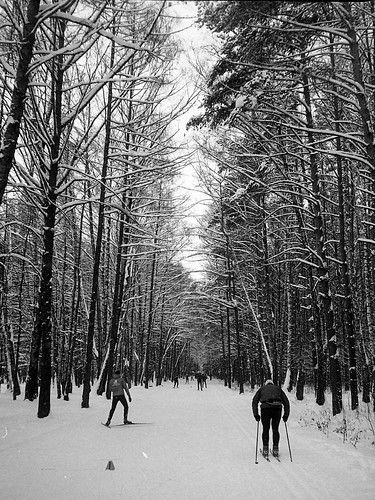 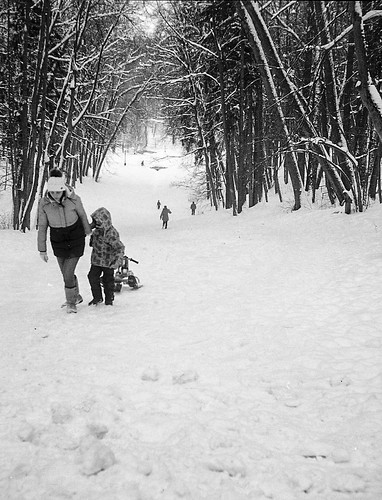 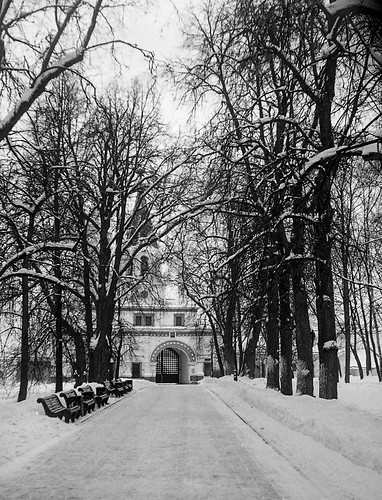 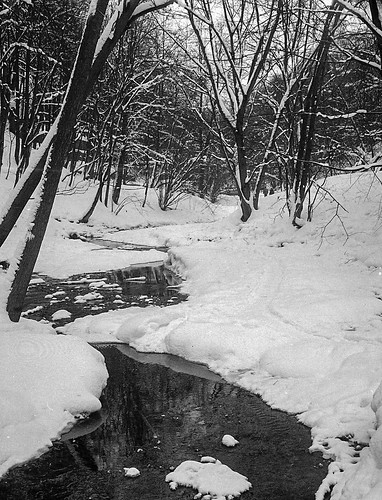 Conclusions:
Super fun camera, really easy to use and to setup everything.
I liked how it performed Delta 400, my scans where made quickly without a second try to compare so it could be a bit better.
Lens better than expected, doh let's wait the sun and try to get a mini-hood because flare will be a problem as I shown in a couple of pictures.
Parallax is a big issue on this camera, even at infinite you get some not perfect framing, I guess practicing is the best thing to do.
With the help of external rangefinder the focus is good and sharp enough, all these pictures were made at f/5.6 as closest.
Small cable release is very helpful no matter if I wear gloves or not.
I will load it again and take with me as first/second camera, bad thing to waste film downsizing 120 to 127mm film.
I need to reproduce the 127mm film back in 120mm film just to have an spare, or just look for some outdated on the market.

Thank you for watching and as usual comments are welcome.
Alex

by alexvaras
No, it's not a 127mm lens, it's a 50mm lens and in this format looks like 40mm on a normal film. The film is 127 as you said. It seems my English is not enough and everyone is getting different meanings than I thought.
Please correct my spelling/gramma/howtosaythis everytime I need please. It's quite embarrassing for me.

by LarryD
Your English is better than my Russian.

by PFMcFarland
I think you do pretty good with the English, Alex, for a Spaniard living and working in Russia. I myself never studied another language, so your being able to converse in three of them is quite an accomplishment. Though most of us here learned English as our first language, there are subtle differences that occasionally get injected which may arise from local ways of pronouncing the words, or certain sayings. People from New Jersey have a hard time understanding someone from the Deep South, such as folks from Appalachia (the mountain area I live) would have issues trying to talk to those from Northern California.