Start a project and invite others to participate.
Post Reply
352 posts

When trucking was tough. cedar poles. some as long as 80-90 foot long.
It was common back then to remove the driver's door. no airbrakes ,just pump the pedal, and come off the hill in low gear. IE: engine braking
.
This photo taken about 40/50 ft. from our house, taken during the mid 40s. 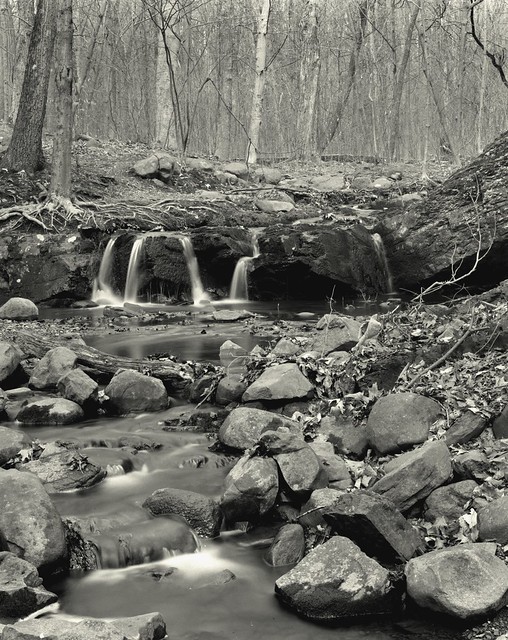 Nothing remarkable about the photograph, but it was a day my son accompanied me out to go shoot pictures. The camera was really just an accessory; we had a great time walking in the woods and talking. He was my sherpa for the day, and it was one of the best times I've ever had shooting pictures.

So that was four and a half years ago now. He's boarding this year. I miss him. Time goes by way too quickly.
Top

Poznan, PL, spring 2010
St John Nepomuc statue in the old marker (Starym Rinkum)
I had a project in this town at the time, and visited every couple of weeks
The town is great, and the people are amazing! I felt at home every time 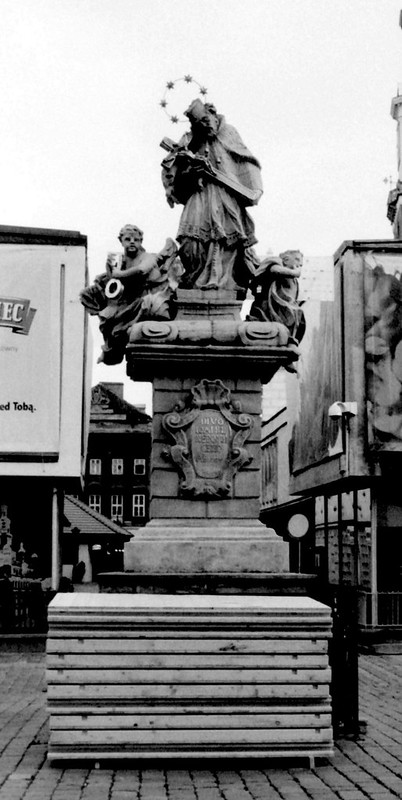 Poznan 2010 - Statue of St JohnNepomuc
If you can't fix it with a hammer... you got an electrical problem
even duct tape can't fix stupid.... but it can muffle it (SilentObserver)
My Flickr -ipernity
Thanks CE Nelson

Back when people still listened to albums and AM and FM radio, stations used to release their lists of top records.

Here's one from 1977 - the year that I graduated from high school. The radio station was 13Q in Pittsburgh, which was 1310 (I think) on the AM dial, as they used to say.
-Mike Elek
Top

A couple of years ago, on a Sunday morning, I took a detour on my drive home and walked along the canal, which makes its way into Princeton and then no one cares about where it goes south of that.

For this trip, I had a couple of cameras, include the Sony A7 II fitted with one of my favorite lenses: f/1.8 50mm Planar for the Rolleiflex line of SLRs.

In color, everything is green. Converted to black and white, it takes on a different character. Best viewed full screen (click the photo).
-Mike Elek
Top

1973 - Me
If you can't fix it with a hammer... you got an electrical problem
even duct tape can't fix stupid.... but it can muffle it (SilentObserver)
My Flickr -ipernity
Thanks CE Nelson

I remember quite clearly the day I took this photo (9-8-07). It was a celebration of 125 years of continuous operation of the East End Shops in the N&W Roanoke railyard. At the time, there were no plans to get it running again, but many years later it would be rebuilt at the North Carolina Transportation Museum for a couple of years of excursions. Then Amtrak stepped in it, and declared that no engines without Positive Train Control (PTC) would be allowed on "their" tracks. So we finally got passenger service back in Roanoke, then Amtrak back-hands us on the excursions.

Enough of that rant.

This was taken with my first digital camera, a Panasonic DMC-TZ3. There were a lot of people at the event, and I had to wait a while until the view was clear before I got this shot. Then it was one of the first images I ever did some post production work on to fix the uneven lighting between the locomotive and tender. I took a lot of other photos, along with some film in b&w, but this was the one that I was really happy with getting. It reminds me of the builders photos I see in catalogs of railroad rolling stock put out by the builders, and also the new owners. Only two things would have made it better, and that is an overcast sky (for even lighting), and converting it to b&w. 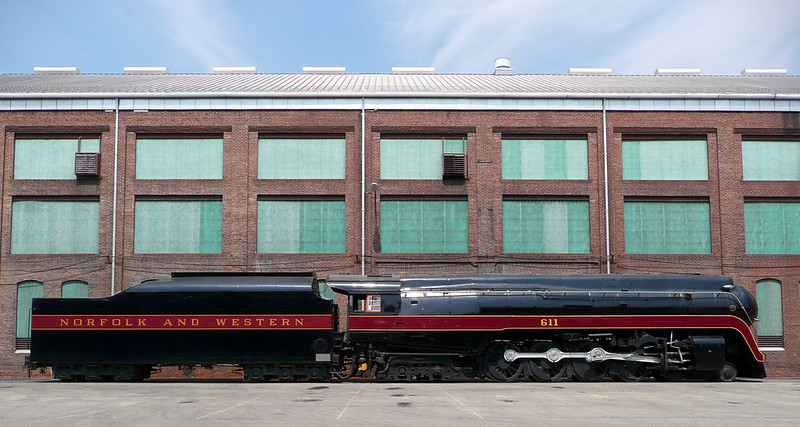 Thanks for sharing, Phil

I missed this event again

I hope I can remember next.
Top
Post Reply
352 posts

Return to “Other Projects”