Often simply written as "W/NW" - your favorite photos. Explain them, or let your photos (film or digital) speak for themselves.
Post Reply
291 posts

My father brought it back from Germany after the 2nd World War. He flew in the Berlin Airlift in 1948.
GrahamS
Age brings wisdom....or age shows up alone. You never know.
Top

One day late, excuses. I am using this vintage Kodak + Schneider set,

The framelines are hard to see, external viewfinder will be needed.
Top

It was one of my goals to get a Retina IIIS with all the lenses. Somehow I got sidetracked from that project, then went in another direction. I hope you are having a good time with yours, Julio.

A new one, and it's even Friday. 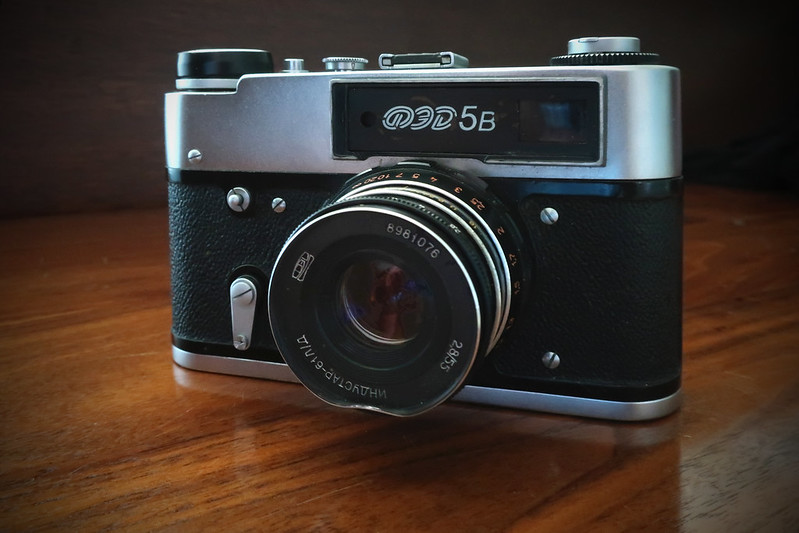 So my daughter had a summer abroad program at school that sent her to Florence for a month to study Italian. Met her language req in a month, so two semesters worth of class in 4 weeks. While there, she spent a lot of down time street shopping. Found this camera at a booth, in its case, and was super excited. Bought it as a gift for me. Had no idea what it was, or if it worked, but she got me a camera and she was happy. I got it and explained that it was a Soviet-born rangefinder, a FED 5B. So she bought a Russian camera in Italy. Shutter was jammed up pretty well when I started fooling with it, but with a little playing, righted itself. Have actuated the shutter maybe a hundred times since, and so far, so good. Fingers crossed. I have it loaded with TMAX 400 right now. Just looking for an opportunity to try it out. I think the dented filter ring completes the look. My first Russian camera.
Top

Nice piece of iron! The lens is usually better than you would expect. I have one of those somewhere.
Top

From the look of that filter ring, it took quite a knock, but then it is a FED and built like a tank. The lens has the FED Optics logo, so it's not a Helios. More here: http://cameras.alfredklomp.com/fed5/
GrahamS
Age brings wisdom....or age shows up alone. You never know.
Top

Thanks guys. She was super excited. I think she and I need to go for a walk somewhere and shoot a roll of film.

Forgot to mention, there was a roll of Kodak Gold 100 in the camera. Pretty sure Maddie opened the back but I’d like to at least see if there’s anything left on the film. Is there an easy way to process it at home, cheap, short of sending it out?
Top

We can still get the Tetenal C41 kit from Ag Photographic but the price is £59.00, too much for one roll of film.
GrahamS
Age brings wisdom....or age shows up alone. You never know.
Top
Post Reply
291 posts