Sony's HX90V has some worthy features, including a pop-up OLED viewfinder, a Zeiss Vario-Sonnar lens and a body that resembles the popular RX100 series.

If you like the Sony RX100 III and its pop-up viewfinder, but found the price too high, Sony now has a new point and shoot that might interest you - the HX90V.

While the dimensions of the body and the weight of the two cameras are nearly identical, the HX90V costs several hundred dollars less (US$429.99 vs. US$799.99), and there are other differences worth noting. 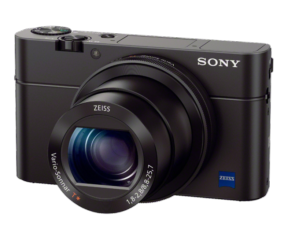 Next, the HX90V only shoots JPGs - unlike the RX100 III, whch can shoot RAW images, as well.

That compares with the 2.9X zoom range of the RX100 III and aperture range of a very fast f/1.8 at the wide end to a still-fast f/2.8 at the telephoto setting. This lens has 10 elements in nine groups, including nine aspheric elements.

Both cameras have a non-touch 3.0-inch LCD screen that can rotate upward 180 degrees for selfies.

Like the RX100 III, the pop-up OLED viewfinder has a diopter adjustment and can be pushed down in the stowed position for storage or should you prefer to use the LCD to frame your photos.

The top shutter speed is 1/2,000, while the slowest speed, depending on shooting mode, is 30 seconds. You can shoot up to 10 frames per seond, and of course there are the usual HD movie modes. The camera will shoot a maximum of 20 minutes per video clip.

The HX90V has both NFC and WiFi built in to the camera and also offers a port that doubles as either an HDMI or USB 2.0 connection.

The lithium-ion NP-BX1 battery is rated in terms of minutes and shots and varies from 70 minutes when shooting MP4 movies using the LCD monitor to 195 minutes or 360 still images using the pop-up viewfinder.

The camera accepts both Sony Memory Stick Duo and SD and microSD memory cards, including the latest high-capacity offerings.

The HX90V is expected to begin shipping in late June. 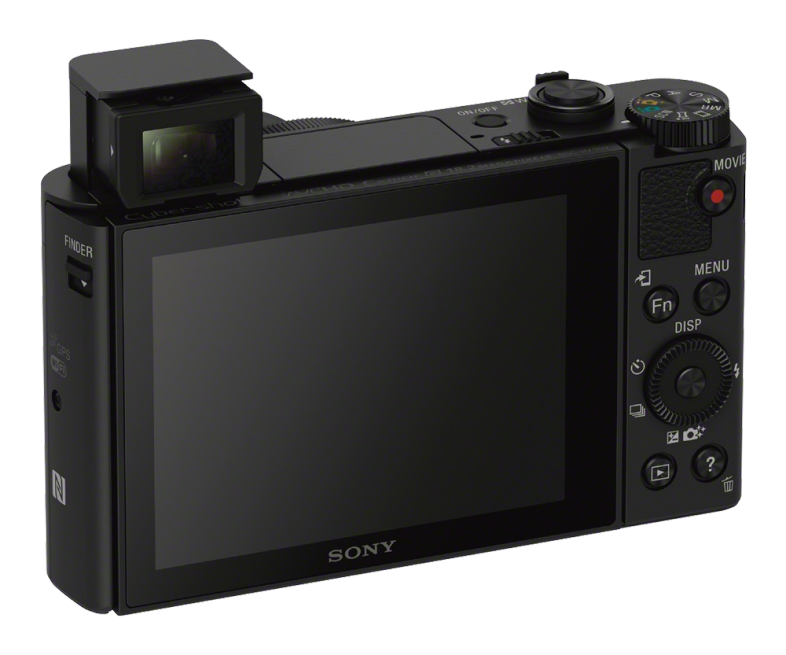 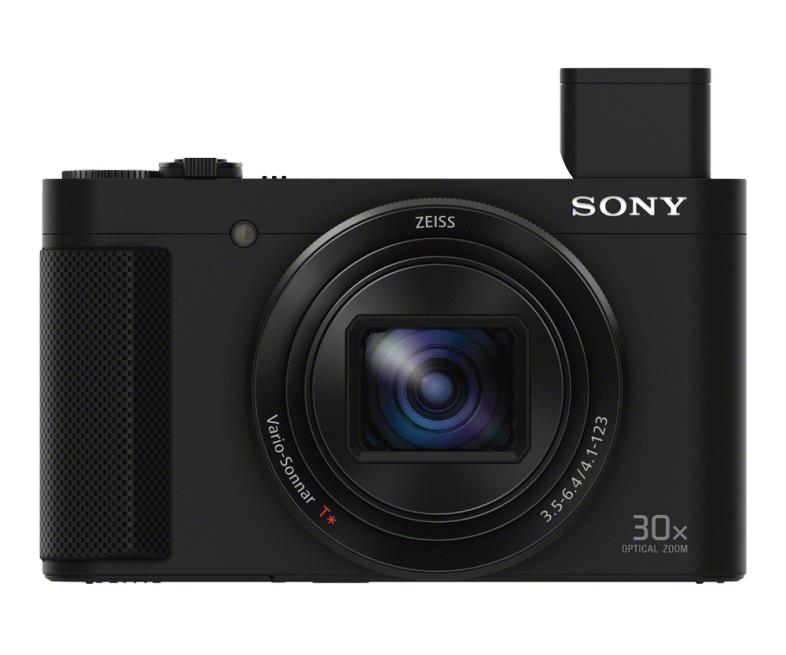