This camera takes a radical approach and is the first still camera to be fitted with 16 lenses. Photo courtesy of Light (http://light.co/)

If one lens is good, what about 16 lenses? On one camera?

Smartphones have become the camera of choice for many people, although there are certain shortcomings with phone cameras.

West Coast startup Light (https://light.co) has announced a new camera that leans heavily on the smartphone size and shape but brings a very novel approach to digital photography.

The Light L16 was developed by company co-founder Rajiv Laroia, who also is Light's chief technology officer. On the company’s website, Laroia writes about the thought that went in to creating the L16, which Light is calling a “multi-aperture computational camera.” As a DSLR photographer, Laroia hopes to bring some of the superior image qualities found in DSLRs to a device that can be easily slipped into a pocket or purse.

When you first look at the L16, you think smartphone. On the one side are the lenses, which at first glance seem to be placed randomly. In fact, it gives the appearance of a poorly applied screen protector with many air bubbles. But there’s a method to Light’s madness in all of this.

In the short history of digital imaging, it’s been established that a larger sensor has advantages over smaller sensors. The L16 hopes to close, if not eliminate, that gap by simultaneously taking multiple photos at different focal lengths and then use in-camera processing to merge them into a single image.

Light’s video of the L16 shows that the camera’s 16 lenses sit on their sides, and the image travels through the aperture and is reflected into each lens and to the imaging sensor via a small reflective device (appears to be a mirror). The L16 will be able to set exposure differently for each of the lenses, which in theory should help to create an image with better dynamic range than a single sensor.

The L16 will allow the user to alter the visual depth of field in a photograph at a later time.

On paper, the specs look good:

The L16 will use a modified Android interface to control the camera, which is held like other smartphones. There appears to be only two buttons and a single switch. Both buttons are situated on the top edge or side, depending on how you decide to hold it.

The touchscreen uses the pinch-and-zoom procedure that has become a staple of the smartphone.

While not waterproof, the L16 will be “dust and water resistant” and will meet IP54 specifications. It also includes a smartphone-style LED flash and can produce HDR images. It will have a built-in GPS and accelerometer, as well as a tripod socket.

There are some unknowns:

The camera is still in the early stages, and details are scant about the image editing software. But that’s to be expected in a product that is still in development.

Obviously, there is no ability to change lenses and likely no ability to fit the camera with accessory lenses, because of the size, proximity, number of lens elements and more importantly, the fact that they sit on their sides under the front plate.

The first shipments will be limited to U.S. addresses, Light says.

» Read more about the Light L16 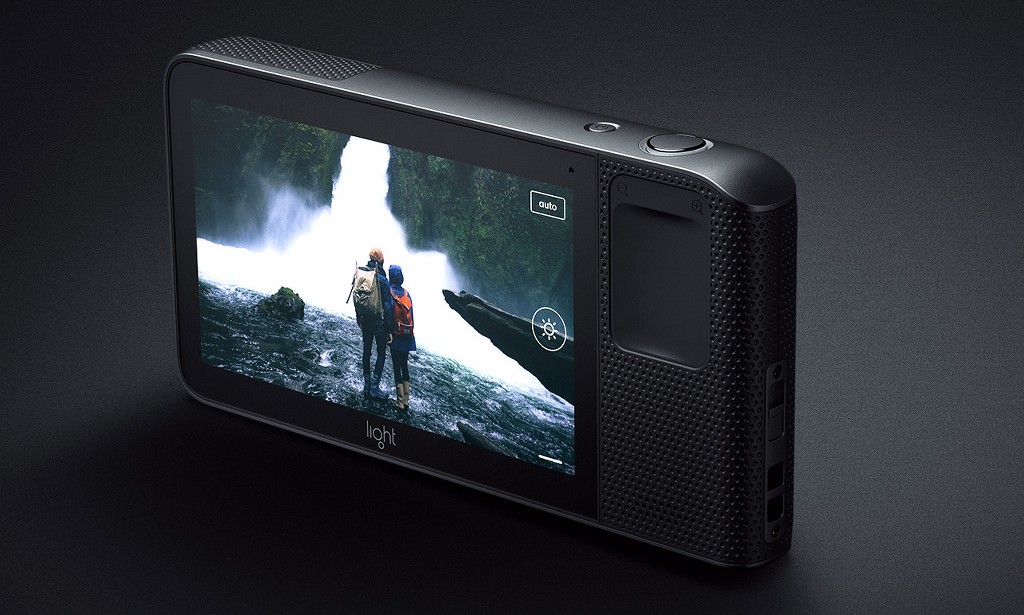 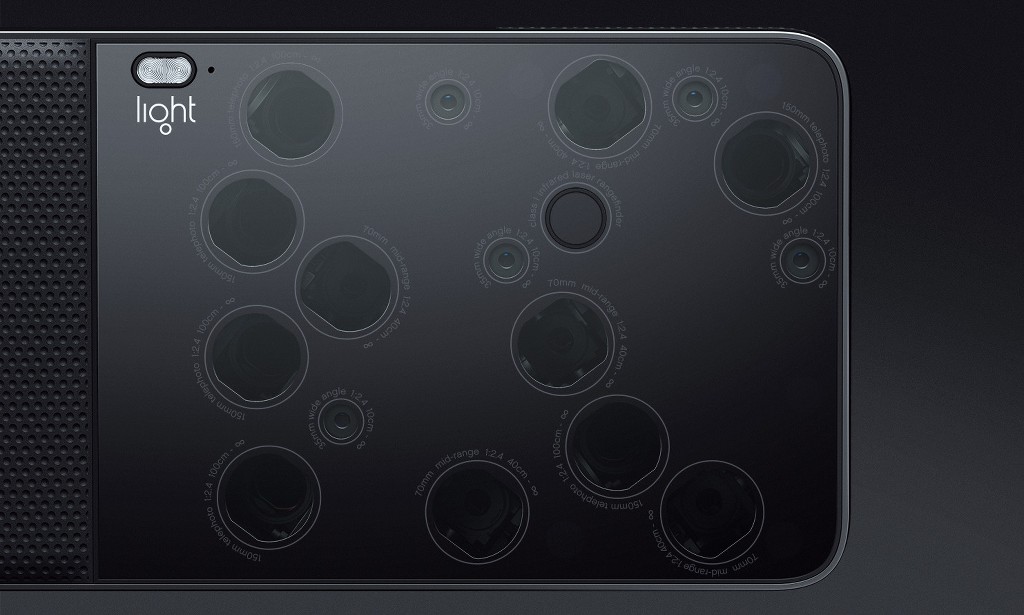 Courtesy: Light (http://light.co/)
Look closely at the front, and you can see the focal length, aperture and type ("wide angle," "mid-range" and "telephoto") of each lens